Freddie Kitchens to be Promoted to Head Coach of Browns

Posted by thecorywade on January 10, 2019
Posted in: NFL. Leave a comment 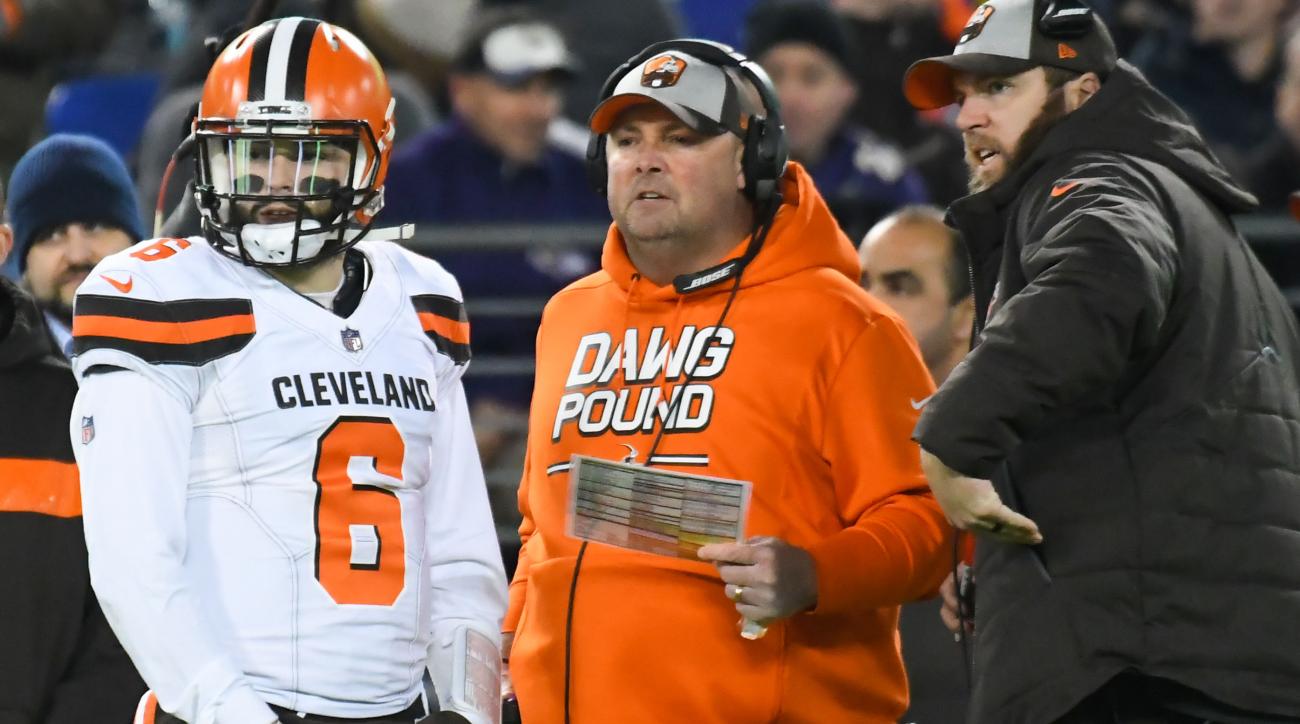 According to Adam Schefter, and other NFL newsmen, Freddie Kitchens will be promoted to Head Coach of the Cleveland Browns. Kitchens started the season as the running backs coach, then was promoted to interim offensive coordinator during the season. With Kitchens, getting promoted, interim head coach, Gregg Williams, is  no longer with the team.

Kitchens built up a great rapport with Baker Mayfield, the Browns’ franchise quarterback, and that likely lead to this hire. When the hiring season began, the Browns denied other teams from interviewing, signaling that they at least wanted to keep him on the staff. With the draft that John Dorsey had last year, the young and hungry talent that Cleveland has, and the new structure that is in place, the pieces are there for Kitchens to succeed. Owner, Jimmy Haslam, is really the only worry for Freddie, as he tends to make rash decisions.

It’s been said numerous times, but if you’re a good offensive coordinator, you’re going to become a head coach rather quickly. Kitchens took his brief opportunity and ran with it. The Browns are a very likeable team, and Kitchens seems like a guy who’s easy to root for. If Dorsey can continue to draft well, the Browns could become a contender in short order.