Posted by thecorywade on January 14, 2019
Posted in: Sports. Leave a comment 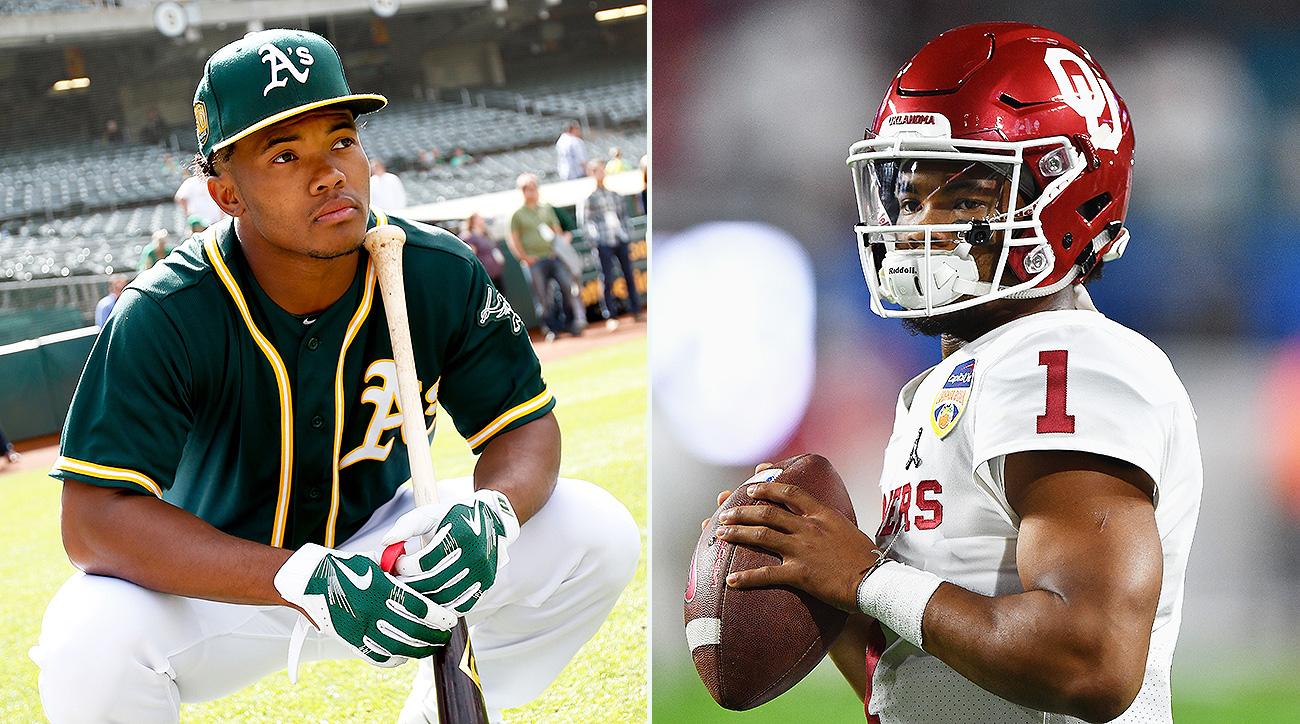 Kyler Murray has elected to enter his name into the NFL draft, announcing the decision on Twitter on Monday.

The Oklahoma Sooners quarterback and reigning Heisman Trophy winner has given himself the option to choose the NFL over Major League Baseball, where he has a contract with the Oakland Athletics that includes a $4.66 million signing bonus.

I like this decision for Kyler Murray. It doesn’t hurt to keep your options open. The success of quarterbacks like Russel Wilson and Baker Mayfield may lead him to ultimately stick with football, but he also has the opportunity to go play baseball with the Oakland As.

The track to the Big Leagues is easier in the NFL, and he would be guaranteed way more money to start off his career.  However, if successful, he could have a longer and more sustained career in baseball, with much less risk for injury.

As a Giants fan, I’m intrigued by how this effects the NFL Draft. The Giants are in need of a QB, and pick the earliest of all teams who could be looking to draft that position. However, there is always a chance, and this year it is quite likely, that a team will trade ahead of the 6th pick to grab a QB. I prefer the Giants to take Haskins, but an offense of O’dell, Saquan, and Kyler would have tons of excitement.